I am thoroughly heartened that LJ is not dead, merely less wildly active than it had once been.

~Still teaching kickboxing at CKO, though the location was sold as a franchise so I am NO LONGER MANAGING. Sorry to shout; I'm that delighted. I really, really need to be making more money, but I have A Plan.

~My kitties continue to dominate my life and my heart. Both older girls are stone deaf, and mostly happier because of it. One-eyed kitty (aka Esme, aka Princess Adorable) is every bit as sweet and mischievous and currently making me pay for dosing her with meds twice a day. Handsome Tom? So handsome. Currently curled up on my lap with his head burrowed beneath a fold of my fuzzy bathrobe, purring so very hard.

~We're coming up on the anniversary of my sweetie having lost his job (the day we came back from SoCal! On his Birthday! Hooray!), and while it's still terrifying, there are potentially good things on the horizon.

~In the summer of 2012, I once again joined the cast of the NY Ren Faire. That's a whole thing, tied up with how terrible I was when I last left the place, tied up with me being thoughtless upon my return, tied up with being terrified that I was too old/out of shape/doughy/uncool to do the job. All of those things were true, but still... not a bad summer. Also: stage combat, I missed you!

~I'm still plugging away with the ukulele.* I doubt I'll ever be truly good, but it's so. much. fun.

~Not writing. Haven't in far too long. Maybe this will prime the pump, as it were.

~If you don't recall how much I hate running, let me refresh your memory. I hate it. A LOT. I've done it on and (mostly) off for the past few years, but it wasn't until this winter I put in some serious time. A friend invited me, and several other girlfriends, to run a half-marathon to commemorate her 40th birthday. Now, I'm - by far - the oldest of this group. A half marathon is 13.1 miles. I am a slow runner. That means I'll be running, on race day, for over two hours, and hating every gods-be-damned minute of it. I found, though, that I hate 'I can't do that!' more than I hate running. So. I've been training, running 3-4 times a week, in bitter cold and blowing snow and sleet and ick and gross (the last of which, to be honest, is the default condition any day I have to run. so bad, you guys. so bad). The race is April 14th, through the very NOT flat and even Central Park. Can't wait for this to be over.

~Making an effort to read more. Taking advantage of ebook specials and making excellent use of the local library.

~*Crimson Pirates are still a thing, and I'm playing a whole lot of ukulele with them. It's done wonders to help me learn/find/hold harmonies, so there's that. Aside from the summer at NYRF, we've got gigs booked as far out as October, some of which are at other Ren Faires (SoCal and Bristol and MDRF).

~I'm out. Have a picture of Handsome Tom to tide you over till next time. 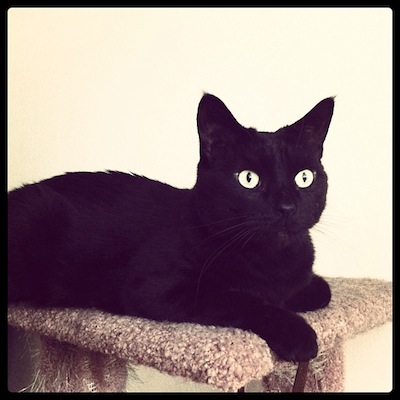